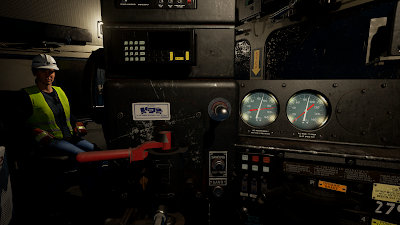 I decided I should have a look at Services. And what better place to start than the first one?

I'm still feeling my way around CSX, but I couldn't resist adding rain, which is very well done, both in the internal and external views.

It's also impossible to fault the character models, at least in terms of appearance. I would like to see them being active and performing useful tasks. For example they could handle radio communication, which is missing in general. That would add a huge amount to the sims immersion.

I'm looking forward to being competent enough with signals to record a full video.
Posted by supanova at 12:10